The City of Brno and its Surroundings

Brno is the commercial and social centre of the economically important region of South Moravia. Owing to its advantageous location in the southeast part of the Czech Republic and close to the Austrian and Slovakian borders, the city has always been a strategic crossroad in Europe. With a population of 380,000, Brno is the second largest city in the Czech Republic and at the same time a trade fair centre of Central Europe – every year fifty international fairs and exhibitions take place here. The city is also the cultural centre of the region with its countless theatres, museums, cinemas, and shops including many  social and sports events. The region has a unique position thanks to a perfect blend of all the possibilities of a big city and many tourist destinations in its vicinity.
To its visitors, the surroundings areas of Brno offer a varied range of cultural, natural, and technical sights; lovers of modern architecture and Jewish heritage will be pleased as well. Four local sights are part of the UNESCO World Cultural and Natural Heritage List. Due to the fertile position of the region, attractive folklore and wine tourism have a tradition here. Therefore you will find a number of wine exhibitions focusing on the area’s rich history of viticulture and wine production, not only in small regional centres but also in some small villages. 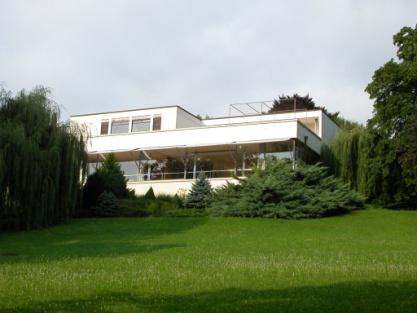 Probably the most beautiful view of the Brno panorama is from the Černopolní street. One of the most important buildings of functionalist architecture is to be found here – the villa Tugendhat. The Villa has preserved its orginal look to the current times and due to its originality it takes part of the UNESCO World Heritage list. 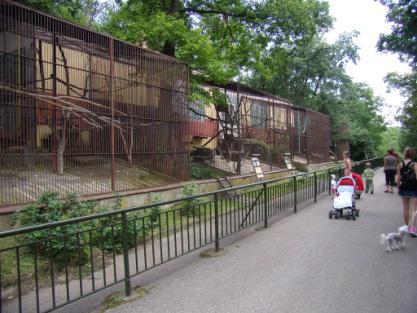 The Zoological Garden of Brno was opened in the summer of 1953 on the Mniší mountain in Brno – Bystrc and on an area of 24 acres it breeds almost a thousand of mostly exotic animals. New and very moder exposition are for sure the main attractions. By the end of the summer 2003 the newest exposition was opened, an exposition of wolves and Canadian beaver with a replica of an Indian log cabin and a totem pole

The Brno Dam, also known as the Brno Water Reservoir (formerly Kníničská Dam) is a popular relaxation place of the Brno citizens with a great variety of water sports and the possibility of fishing. During the season there is a regular boat transport between Brno and Veverská Bítýška. On the right bank of the Dam you can find the Veveří Castle. A firework parade organised within the Ignis Brunensis festival takes place there in the months of May and June every year. 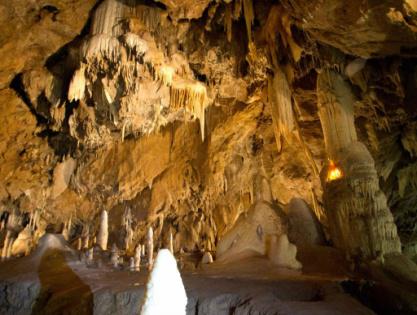 One of the ecologically cleanest areas of the Czech Republic with beautiful countryside and more than a thousand caves is a great point for discovering the beauties of the world under ground, where systems of dripstone caves are hidden.  Their presence is revealed by unusuallnesses such as terrain decrease and deep valleys with calcite rock cliffs which are used as great climbing terrains.

The National Heritage Site Slavkov battlefield is one of the most attractive sites. The Slavkov battle, also known as the Battle of the Three Emperors – one of the greatest conflict of the Napoleonian wars took place there in 1805.  The area of the battle has about 120 km² and is composed of about 25 villages and cities. Many historic sights, such as memorials, cross, chapels, mass graves or important lead points are to be found here. 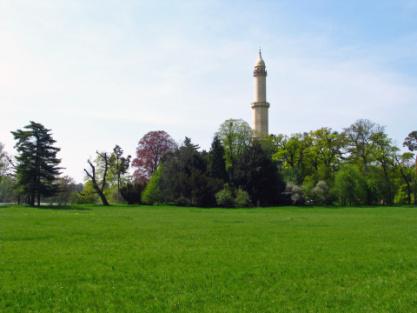 The Lednice-Valtice Cultural Landscape, as one of the treasures of the world cultural and natural heritage, with its historic sites, landscape architecture, ponds and cycling paths system is considered to be the largest man-made area in Europe. Its extraordinary value was confirmed by its inscribtion on the UNESCO list in 1966 .

The National Park Podyjí takes pride in having a well preserved river valley in a rich wooded countryside in Southwest Moravia. It was declared one of the four national parks in the Czech Republic in 1991.  It has an area of about 63 km2  and stretches itself between the towns of Vranov and Znojmo. It borders on the National Park Thayatal in Austra.

The basilica is situated in the town of Znojmo. It was a former Roman basilica from the 13th century and you can find one of the oldest functioning organ in Moravia here. The unique Romanian crypt is also worth visiting. 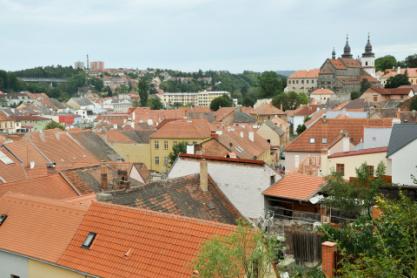 The extraordinary well-preserved jewish quarter in Třebíč was inscribed on the UNESCO list on  July 3, 2003 and became the only jewish sight listed outside the territory of Israel. This quarter is very valuable as a whole, due to its former historic ground plan. It is to be found on the left bank of the Jihlava river in Třebíč. 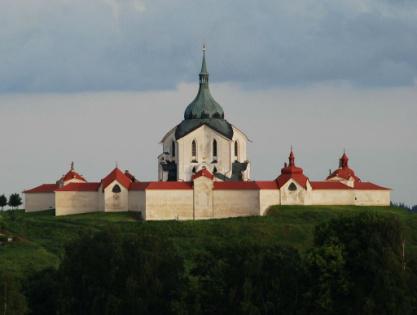 Pilgrimage Church at Zelena hora is a unique work of art and indisputably the most original and individual building designed by the brilliant Bohemian architect of Italian ancestry Jan Blazej Santini-Aichl in the Baroque Gothic style. It is a building that escaped the conventional architectural rules and nostrums of the time, and it impresses even the modern eye as quite exceptional. Its complex interconnecting spatial forms, the dynamism of tis volumes, and the upward lift that defies the weight of the masonry is an evidence of the extraordinariness of this architecture. 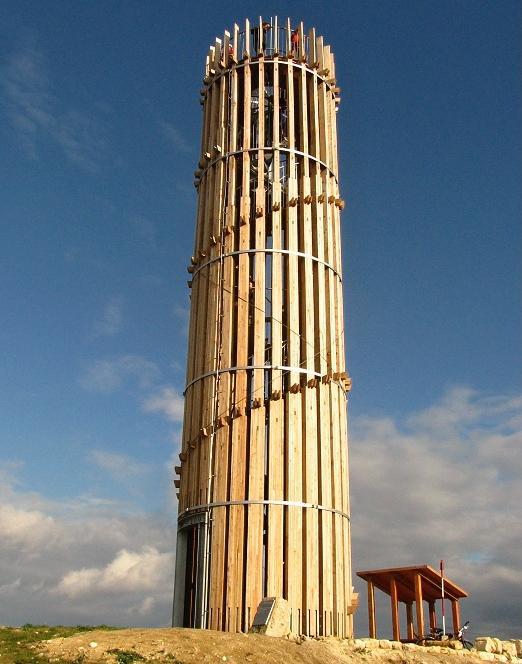 The baroque Židlochovice castle is a protected historical sight and is situated in the southwest part of the town of Židlochovice. The castle was built instead of a water fortress built in 1349. Between the wars it was the summer residence of the president T.G.Masaryk.  The park of the Židlochovice castle  is projected in the English landscape style. The plan of the park was designed by the French landscape architect Arnošt August Charbonier in 1708. The park is open all year-long and the access is free.

The Town of Ivančice

The pictoresque southmoravian town of Ivančice is to be found on the confluence of the Jihlava, Oslava and Rokytná rivers. Two famous natives are introduced in the Renaissance building of the Old Town Hall – the brilliant Art Nouveau painter Alfons Mucha  (1860 – 1939) and the popular actor Vladimír Menšík  (1929 – 1988). You can also visit the jewish cemetery which is one of the oldest ones in the Czech Republic. South of Ivančice you can find the observation tower of Alfons Mucha on the Réna hill.

The village is to be found north of the Palava hills, about 10 km north of Mikulov on the south bank of the Novomlýnské reservoir. Dolní Věstonice is famous due to the discoveries from the prehistoric times, such as the Věstonice Venus. 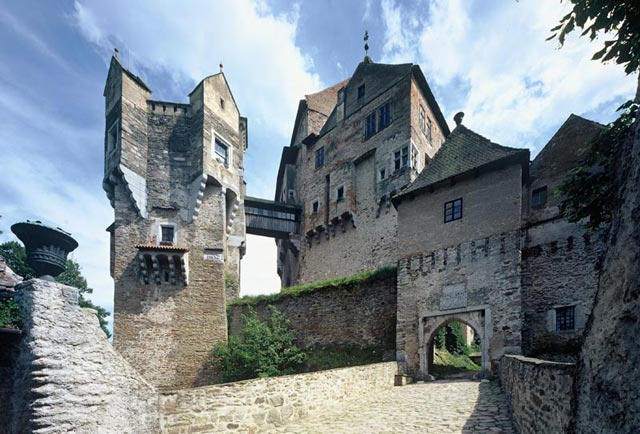 Pernštejn is one of the most visited moravian castles and it attracts many tourists from afar. This is no wonder, since it has been towering on a rock above the town of Nedvědice for almost eight centuries and for all this time it has never been conquered. Seeing such a stronghold is a must.

Nové Mlýny is a cascade of water reservoirs on the Dyje river near the Palava hills in south Moravia. It is named after one of the villages. 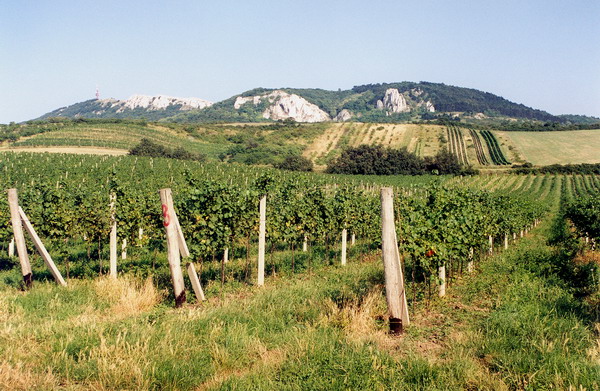 The Nature Reserve Pálava protects an area of 83 km2  and includes the ridges of the Pavlov hills, Milovice woods and the area close to the Austrian borders. It was declared March 19, 1976. 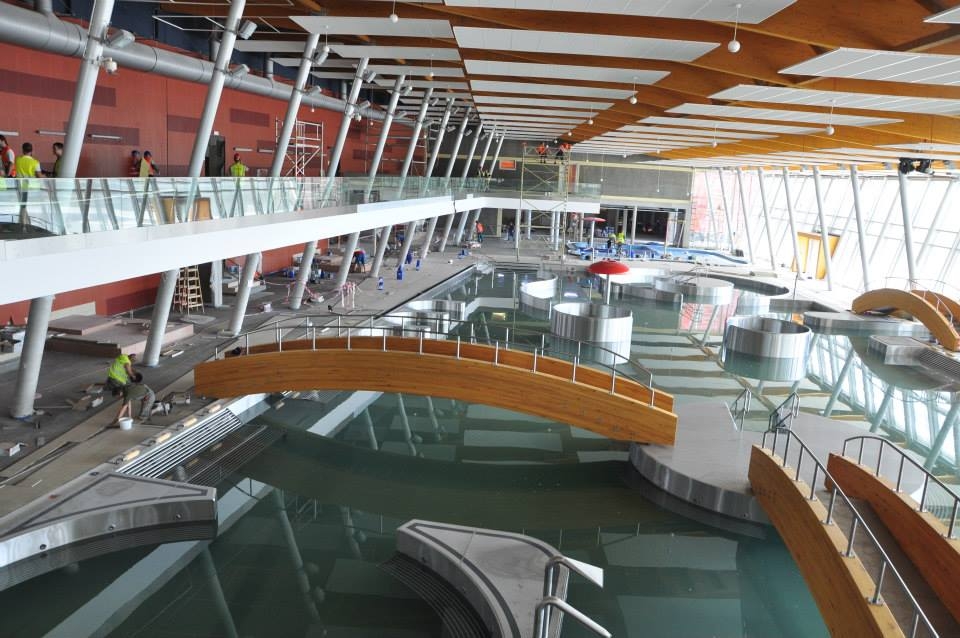 The most modern water entertainment centre is located only 20 minutes by car from Brno, right on the bank of the Nové Mlýny water reservoir. It was opened on the 1st August 2013. It offers 7 pools, 12 water slides, 9 saunas, 4 whirlpool baths, Roman wellness area and a restaurant for 480 guests.  Children will appreciate the multi-level kids´ pools with slides and other water attractions, such as the water forest. A total of 12 pools with a surface area of 3000 km2, some of them using water from a local geothermal spring, Forum Romanum Wellness zone, solar and Roman baths, 2 restaurants and 4 bars